“Vera, take that cat out of your mouth!” I shouted. It was my usual 1 o’clock walk with this Siberian Husky except for the animal in its teeth. That shit is not part of the service contract. My heart was racing. My stomach was churning.

Vera just kept chewing—blood spritzing out of her mouth—and I kept tugging on her leash and telling her “No!” as though this would stop the delicious taste of cat.

We three—human, dog, and cat—then stumbled awkwardly onto someone’s front yard not far from Elysian Heights Elementary. I fell and grass poked my eyes, and the dog and cat invented a new form of dance. My hand was still around the leash, and I pushed myself up with my other hand (and accidentally squished some plant), and I prayed for Vera to let go, because pretty soon Vera would move on to the cat’s neck. Yes I, the guy who didn’t think Mary was a virgin, actually prayed.

Echo Park shifted that moment. Cars went on mute. Sun didn’t stare as hard. Day laborers on the roof of Fix Coffee put down their hammers. And Vera, the cat-hungry Husky, lay down and opened her mouth. The cat hobbled away and quieted down. They both went to sleep. I let go of the leash and my hand went limp after having to strangle it the last few minutes. 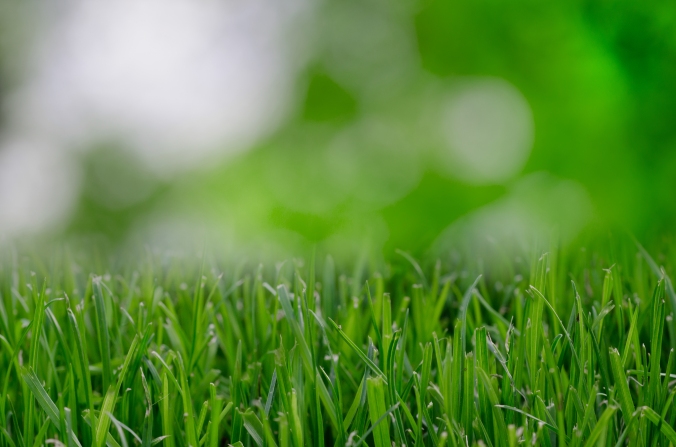 I looked at my other hand and saw lavender smeared on my palm. I looked at the cat again to make sure it wasn’t dead and saw teeth marks closing up on its leg, sealing, fur growing back. Time was going in reverse.

“NO,” the message read from a number I didn’t recognize. “YOU.”

“I don’t understand,” I wrote back.

I canceled the rest of my dog walks for the day. Creepy text messages have that effect on me.

At home, Kara was still in bed where I left her naked this morning but now she was wearing panties and a tank-top. She said she wanted to go to the dispensary, and I just closed my eyes and lay next to her. “You’re no fun,” she said finally and slid into her skinny jeans. I asked her to stay (“Please,” I even added) but she knocked over my guitar case on the way to getting high somewhere.

And I listened to it. And I was small again, young again. The boy in the basement. Chained up by a man who approached me at the park and claimed to be friends with my parents. There was only a window the size of a brick in here, and one day, there was a cat looking through it.

And I needed the cat.

“ST. JOHN’S WORT IS MORE THAN AN ANTIDEPRESSANT,” my phone flashed at that moment.

Psycho-psychic-stranger was not helping. I turned off the phone, and I went to Bobby’s and my band mates were laughing on the living room floor, passing around a two-foot bong. On the record player was Miles Davis’ Bitches Brew, which I always loved because it didn’t sound like the jazz of its era. It dared to go its own way.

“You like it too,” said a woman I hadn’t noticed until now. I looked around and no one else seemed aware of this pretty creature, eating a slice of pie (since when does Bobby have pies?) and leaning against a bookshelf. She appeared an Ivy League student in both age and attire with a dark blue sweater and long plaid dress. Middle Eastern eyes rested softly on me. She offered her name “Foxtrot” and an enigmatic smile to match it.

I said my name in reply and turned to Bobby and the guys. “Help me with the album today,” I asked them, and they said what they always say, “Let’s do it tomorrow.” I told them about the dog and cat episode and only Foxtrot was lucid enough to follow the story.

“Tell me what plant you crushed,” she said, so I told her, and then she explained how lavender had magical qualities of calm and healing—which could be activated with intention—like my prayer. “You actually cast a spell,” she said.

I didn’t know anything about that, but another part of me spoke up:

There was only a window the size of a brick, and one day, there was a cat looking through it. I held up my bleeding fist. “Tell someone I’m down here,” I shared my thought with the cat. Blood ran down my hand and wrist. The cat jumped away from the window and I never saw it again.

My heart started racing again and my stomach started churning.

“I have to go soon,” I said to Foxtrot as my insides continued protesting.

“You’re going to work on your music.” She nodded.

“You Ivy Leaguers are sharp. Wanna help me?” I asked quite jokingly.

“I thought you’d never ask,” she said quite seriously.

She brought over her saxophone (turns out she’d just graduated from Berklee College of Music) and I kicked things off on my guitar, and we began as such different animals, in temperament, in instinct, but we found a way to meet each other. Notes, chords, scales eventually conspired with their counterparts. By 5 o’clock we had curled and collided sonically and recorded it all as a raw demo.

Hoping to spur my band mates into collaborating, I texted Bobby that I’d made a new demo and wanted to share it. He told me it was a bad time to stop by. But I went there anyway. When I got there, Collin was just walking out the door. He said Bobby had already mixed an album after removing my vocals and guitar parts, and that’s what Collin would be moving forward with. He shrugged, said sorry, and rode away on a bike that he’d stolen in Venice. The night swallowed him and my vision got fuzzy.

Blood ran down my hand and wrist.

“Tell someone I’m down here,” I shared my thought with the cat.

The cat jumped away from the window and I never saw it again.

An hour later, policemen raided the house and found me in the basement.

“Come on, man. Don’t be like this,” Bobby said. I blinked a few times. The yellow flowers of St. John’s wort were just above my head. I was lying on my back on his front lawn. He was standing in the doorway and drinking Tecate.

“You’re killing the vibe, all right?” Bobby threw his hands up in the air. “So leave me your demo, go home, and we’ll talk about this later.”

I was still on the ground and through the open doorway behind him, saw everything upside-down—the guys spewing smoke and talking about the things they were going to do one day (just not today, tomorrow, or the day after that). The wind picked up, the rope that held the porch swing twisted, and Bobby pressed his foot harder on the floorboards, making them creak. Sounds of the night. Sounds of a ship. One I couldn’t survive on. Not any longer.

Bobby held out his hand but didn’t pull me up. “I’ll take your music now,” he said. “You burned me a disc, right?”

I reached up and plucked a yellow flower from the shrub of St. John’s wort. And I stood. And while Bobby spoke, I closed the petals of the flower and deprived him of words. He mouthed, “What the fuck?” but his voice didn’t obey him.

I tossed this flower through the doorway and when it landed, the living room went silent and the only thing out of their mouths was smoke.

At home, Foxtrot wasn’t there. No note. No scent of her. Not even a glass stained with her lips. Only a 10-second recording she left on my computer. I hit Play and she whispered two words, “Galen Gorry,” and the recording ended. It meant nothing to me at the time.

Hello, music. I picked up my guitar.

Hello, magic, it sung back.

Get to know us. 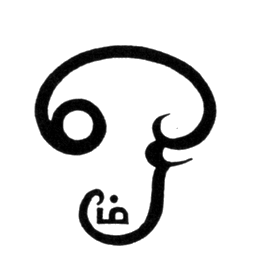 It is 10 letters long and made of 5 sets of initials.
There are 5 first-person accounts.
Each author has two-letter initials.
The order of letters is the order of authors.